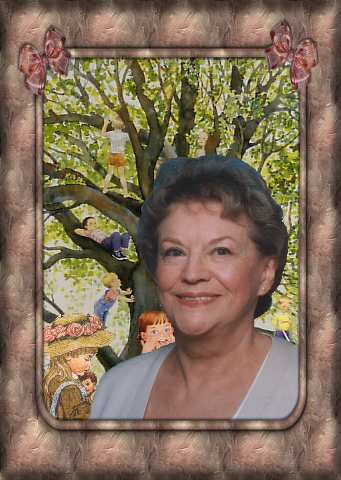 Sharon Kane grew up in Indiana, the child of an  artist/writer mother (Eunice Young Smith) and engineer father. She began her art career at the age of nine when she had a drawing published  in Children's Activities Magazine (now Highlights For Children) and the  thrill of seeing her work in print got in her blood. Soon many more of  her pictures, stories and poems found their way to that and other  children's magazines. She was a steady contributor to Child Life and The Christian Science Monitor.

As a teen her art was published in  Scholastic Magazine and Seventeen Magazine and The South Bend Tribune.  At 17 she stepped into the professional arena when she created a teen  age cartoon, "BUTTONS AN' BEAUX", which was syndicated in  newspapers across the country. Through this she was able to finance her  college education and graduation from the University of Wisconsin in  1954.

At age 25 she wrote and illustrated her first children's  book, WHERE ARE YOU GOING TODAY?, published by Albert Whitman & Co.  Chicago.

Over the next twenty years, while being married and  raising children, she illustrated more than 25 picture books for Golden  Press and Rand McNally with titles such as MY BABY SISTER, LITTLE RED  RIDING HOOD, MY COUNTING BOOK, COUNTING RHYMES, GIANT GOLDEN BOOK OF  STORYTIME TALES, TIE MY SHOE, PEEK-A-BOO, TIME FOR A RHYME, LITTLE  MOMMY, THE FARMER IN THE DELL, THE PET PARADE, TIME FOR EVERYTHING,  BEDTIME STORIES, THE CHRISTMAS SNOWMAN and many others. Her work has  reached children in every English speaking country in the world. Many of her books, now out of print, are collector's items. In 1991 she was  invited to contribute representative works to be permanently held and  displayed by the NORTHERN INDIANA HISTORICAL SOCIETY in South Bend,  Indiana, her place of birth. Today her creativity continues with  watercolor paintings produced as prints for framing, warmly expressing  her abiding love for children and the wonders of childhood.